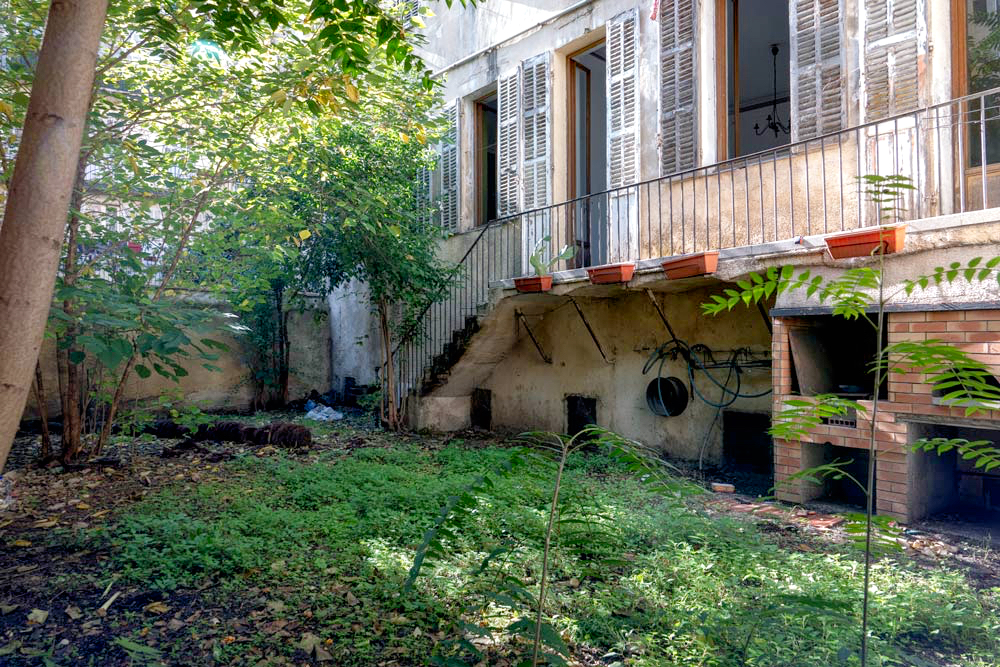 Close to Saint Charles station, Casaloft offers you this vast 161 m2 T5 apartment with 83 m2 private garden, on the 1st floor/4 of an old building.Alone on the landing, an entrance hall leads to 5 large rooms including a living room, a separate kitchen, 4 large bedrooms, a dressing room, a bathroom, a separate toilet. Large volumes, high molded ceilings, marble fireplaces, a balcony with access to a private wooded garden with pizza/bread oven and stone barbecue, as well as a cellar complete this property for renovation.

The district takes its name from the Cours du Chapitre, the former name of the current Cours Joseph-Thierry.The chapter in question was a religious chapter, it is the title of the former chapel of the Augustinians Reformed which will become the church of Saint Vincent de Paul, known as the Reformed Church.The district has the appearance of a small village, punctuated by historic and remarkable buildings such as the Academy of Sciences, Letters and Arts, the Danaïdes Fountain, the Monument to the Mobiles, the Reformed Church and the Greek Orthodox Church of the Domition of the Mother of God.Not to mention the place where millions of people pass through and meet, the Saint-Charles station, which is one of Marseille’s most emblematic monuments.